Top Ideabooks
Houzz Tour: A Parisian Flat Inspired by a Pedro Almodóvar FilmHouzz Tour: Midcentury Curves and Colour in a Townhouse MakeoverRoom Tour: Dark Hues and Period Details Revive a Dull Living RoomHouzz Tour: A New Layout Maximises a Home’s Stunning Views
Appears in
Latest from Houzz
See also
My HouzzKitchen ToursRoom ToursBefore and AfterHouse Tours
Before and After
Before and After

Sarah Warwick9 May, 2020
Houzz Contributor. I'm a freelance journalist and editor writing for nationals, magazines and websites. A serial house revamper, I love great design, beautiful interiors and practical solutions.
More
Print
Embed
Facebook
Twitter
Email
With small children, Jess and Reuven Young needed to incorporate play equipment in their garden, and have planting that would stand up to footballs being kicked around, but they wanted a space they could enjoy, too. The garden they inherited from the previous owner just wasn’t cutting it on either score.

The plot had been tended by a rose lover, but its shrubs had become overgrown, and the lawn had lost its shape. And far from being a suntrap, the terrace was actually in the shade. “It looked chaotic,” says garden designer Tracey Parker, who transformed the space into a haven for the whole family.

Jess and Reuven are from New Zealand and wanted a garden reminiscent of their homeland. “Kiwi clients are used to lots of evergreen structure and having something to look at year-round,” says Tracey, who’s also a Kiwi.

The couple were having a kitchen extension with a large picture window built, so the moment was right to tackle the garden and create a beautiful view from the house throughout the seasons.

Tracey placed a pergola opposite the extension. “There was a bed there before with a path through it not leading anywhere,” she says. “Now it’s possible to look through the picture window all the way down to the pergola covered in roses.”

The surface here is composite decking in a soft grey colour. “It needed to be low-maintenance and hard-wearing,” Tracey says.

Greenwich DesignBoard decking, London Stone.
Tracey Parker Landscape Design Ltd
Containing a space for dining and a barbecue, the pergola is an area where Jess and Reuven can chill out, swapping the old shaded terrace for evening sun. “It gives structure,” Tracey says. “There were some trees [here before], but this leads the eye down the garden.”

The slatted screen conceals the barbecue. “There was actually some debate about where to put [the barbecue], but if you’re eating here, it makes sense [to have it near the table]. We wanted it to be screened, though,” Tracey says.

The plants by the pergola include Stachys byzantina (lamb’s ear), Choisya, and Pittosporum. “They’re plants that would bounce back if they were whacked,” Tracey explains.

As well as roses, she planted three varieties of clematis on the pergola: C. ‘Frances Rivis’, C. viticella, and C. cirrhosa ‘Freckles’, which is winter-flowering. “[I included it] to make sure there was something you could see out of the picture window in the winter months,” Tracey says.
Tracey Parker Landscape Design Ltd
Overall, the garden’s colour scheme is one of blues, pinks and purples. The plants that can be enjoyed from the dining area include purple
Salvia nemorosa ‘Caradonna’, pink Antirrhinum (snapdragon), and Geranium ‘Azure Rush’. “They’re easy to look after and are all long-flowering, which was important,” Tracey says.
Tracey Parker Landscape Design Ltd
Jess and Reuven were keen to save as many of the existing roses as possible.
Tracey Parker Landscape Design Ltd
The play equipment was positioned at the back of the garden. “I wanted it away from the prime view,” Tracey says. “Play equipment is awkward, because it’s only [needed for] a certain number of years. With children, you have to be flexible. In future, that area might contain a kitchen garden.”

The stepping stones that lead down the garden are timber lookalikes.

Driftwood Timberstone sleepers, Stonemarket.
Before Photo
Tracey Parker Landscape Design Ltd
This before image shows how the original garden didn’t have much structure. The shrubs were overgrown and lots of plants had self-seeded in the space.

Find a landscape architect or garden designer to help you create your dream outside space.
Tracey Parker Landscape Design Ltd
The area under the home’s large rear window is shady, so Tracey opted for plants that would thrive here and create texture. They include evergreen ferns Polystichum setiferum (soft shield fern) and Blechnum spicant (hard fern), as well as Alchemilla mollis (lady’s mantle), and hellebores.

She also planted a small herb garden in the container under the window. “Starting small while the kids are small,” she says. “Eventually, it will move to the back [of the garden], but it’s handy for the kitchen, and there’s enough light to grow stuff.”

The terrace here is made from the same composite decking as under the pergola, and the colour blends harmoniously with the London stock brick of the house. The white doors lead out from the playroom, while sliding doors open from the new kitchen extension. The rose was an existing one. “The builders took great care to save that and re-tie it,” Tracey says.
Tracey Parker Landscape Design Ltd
The same stone ‘sleepers’ as those used near the pergola were laid to allow access through the bed to the herbs.
Tracey Parker Landscape Design Ltd
The view from inside the house shows how the pergola creates a focal point. 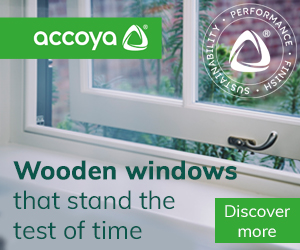