Room of the Week: A Light Kitchen Extension Transforms a Victorian Flat

Adding a full-width extension to this ground-floor Victorian flat has created an open, peaceful living space with garden views

Jo Simmons 1 September 2015
Houzz UK Contributor. I have been an interiors journalist since 1995, writing several books on design and numerous features for glossy homes mags over the years. For Houzz, I cover decorating ideas and trends and interview designers and professionals for their insights to create in-depth features. My favourite pieces to write, though, are Houzz Tours, as I love exploring and learning about real homes. Call me curious — or nosy!
Houzz UK Contributor. I have been an interiors journalist since 1995, writing several... More
Comment42
Click "Embed" to display an article on your own website or blog.
A large garden is a great asset in a London property, but when architect Paulius Zakevicius spied the 28m long garden at the rear of this flat, he knew it offered more than the chance to plant a veg patch. Borrowing some of this generous garden space allowed him to extend out from the rear wall of this late Victorian terraced property by around 4.5m to create a large, open-plan kitchen, dining and living space – with plenty of light, despite facing north.

‘When my wife Lina and I bought the property two years ago, it had a very shabby kitchen at the back,’ he says. ‘We demolished this and an old bathroom, then made a full-width opening in the wall and extended back.’ This new space allowed Zakevicius to rethink the rest of the flat, too, creating two bedrooms and a bathroom in the original Victorian part of the property. ‘We moved all the living space to the rear to be near the garden,’ he says. ‘We have a nice connection with the outside now and it’s very quiet. Life is good at the back!’

The new extension at the rear of the flat offers privacy as well as space. ‘We have neighbours above the bedrooms, but not here at the back,’ says Paulius Zakevicius. ‘It’s more private and quiet here.’

Brass pendant lights hang over the central workspace. ‘We wanted to add in an extra material here, either concrete, copper or brass,’ Zakevicius says. The lights are suspended from the wall over the units, rather than from the ceiling. ‘If they were hanging from the ceiling, it would make the light fall quite far back in the kitchen,’ he says. ‘Here, they’re more useful. They are just above head height and not too big, so they don’t block the view through to the garden.’

Flik Design Ltd
The extension stretches across the full width of the flat. ‘You drop down about 1m to this part of the house,’ says Zakevicius. ‘We built the extension at ground level to increase the connection between the garden and the house.’

Flik Design Ltd
The couple chose a very clean, minimalist look for the kitchen. ‘There’s a monochrome feel to the cabinets, with just one darker element,’ Zakevicius says. ‘We went for quite reasonably priced units, then spent more on the worktops.’ There’s a stainless steel work surface on the hob side of the kitchen and a white Hi-Macs one on the peninsula. The vintage stools were originally used in a school science lab.

Flik Design Ltd
‘We wanted some statement lighting over the dining table,’ says Zakevicius. ‘This side of the extension feels like quite a big space, but the table will always be here, so it made sense to hang lights over it.’

Zakevicius designed the wall lights himself. ‘I thought, what if you just stuck two bulbs in the wall?’ he says. ‘I asked the electrician to fit sockets, then we added mirrored bulbs to give soft, shaded light.’

Flik Design Ltd
The kitchen opens onto a small internal courtyard. ‘There’s a very simple reason for this,’ says Zakevicius. ‘If we owned the whole house, we would have extended right across, but we only own the ground floor of the property and there are two bedrooms in the original part of the house. The rear bedroom’s window would have been blocked if I hadn’t designed in this courtyard.’

Flik Design Ltd
The courtyard not only allows light into the rear bedroom, but into the kitchen and living space, too. The flooring throughout is a pale engineered oak, which keeps the look light.

Flik Design Ltd
Zakevicius chose sliding doors, rather than folding. ‘Folding doors look brilliant once they’re fully open, but when they’re closed, they have a lot of sections,’ he says. ‘There would have been about six sections in an opening this big, which would carve up the view.’

These sliding doors have just three sections, with the central piece sliding for access to the garden. ‘They are enjoyable to use and this opens to the garden more than enough,’ says Zakevicius. ‘The idea of the seamless transition still works, and this is less draughty than fully open folding doors can be.’

Zakevicius used simple, pre-treated roofing battens to clad the garden wall. ‘It was a cost-effective solution,’ he says.

Flik Design Ltd
Zakevicius designed in a skylight above the doors, running the full width of the space. ‘The whole point here is that we are dead north facing, so the extension needed to catch a lot of light,’ he says. ‘This really worked. We never feel we’re living on the north side. It feels really bright!’

The midcentury Danish dining chairs sit around an oak table sourced on eBay.

TELL US…
What do you think of this extension? Share your thoughts in the Comments below.
Comment42 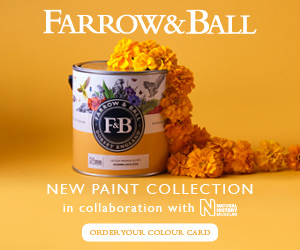 Tell us what autumn means to you in ONE word!
175

What wallpaper for my dining room?
20
See all Design Dilemmas
People who liked this story also liked

Kitchen of the Week: An Edwardian Home With a Modern Extension Full Story

Lifestyle: How to Integrate Technology Invisibly Into a Minimalist Home Full Story

Houzz Tour: An Environmentally Friendly Home in the Heart of the Forest Full Story

Inspiring Ideas for Illuminating a Side Return Extension Full Story

Architecture: What You Need to Consider When Planning a Rear Extension Full Story
Comments (42)
See 39 more comments
Thank you for reporting this comment. Undo

Interesting space.....is that the whole kitchen? Where is the refrigerator and is there pantry space on another wall?

What is the kitchen worktop made of?

Most Popular Kitchen Planning: New Ways to Zone a Kitchen Beyond the Usual Triangle
By lwkkitchens
The classic ‘working triangle’ of hob, fridge and sink is the best layout for kitchens, right? Not necessarily…
Full Story 99

Most Popular Architecture: 8 of the Best Kitchen Extensions on Victorian Houses
By Laura Wheat
Looking to upgrade your small, period kitchen with a smart new extension? Take a tour of these inspiring examples
Full Story 8

Most Popular Kitchen of the Week: An Edwardian Home With a Modern Extension
By Cheryl Freedman
This inspiring space manages to be practical, stylish and a great place to relax with a cuppa, thanks to some careful zoning
Full Story 52

Lifestyle Lifestyle: How to Integrate Technology Invisibly Into a Minimalist Home
By Malcolm Stewart
The latest trend in home technology is complete integration with your interior. If it’s done well, you won’t even know it’s there…
Full Story 8

Most Popular Houzz Tour: An Environmentally Friendly Home in the Heart of the Forest
By Jo Simmons
This light and airy family home in Hampshire was constructed using local materials and is packed with ecofriendly features
Full Story 31

Most Popular Inspiring Ideas for Illuminating a Side Return Extension
By Jo Simmons
Side return extensions are typically designed to pull in lots of natural brightness, but how do you light them when the sun goes down?
Full Story 5